USC Viterbi Students from the Department of Aerospace and Mechanical Engineering pose in their new tie-dye T-shirts, created by a Baxter robot at the Center for Advanced Manufacturing at USC Viterbi. From left to right: Meghana Sagare, Danielle Redmond and Olivia Vigano. PHOTO/MEGHANA SAGARE.

Not only is tie-dye back in fashion, but it’s one of the most beloved summer pastimes by kids and adults alike. The steps are easy: grab a T-shirt, twist it up and segment it and then dye away to create a pattern. When you’re done, you have something fun, unique and yes, fashionable once more — at least, according to Louis Vuitton and Jennifer Lopez.

The garment industry utilizes a lot of human labor for tedious, repetitive tasks like tie-dying, because while robots thrive working with hard, rigid materials, they struggle with softer, more flexible materials. This is the challenge that Professor S.K. Gupta, director of the Center for Advanced Manufacturing at the USC Viterbi School of Engineering and holder of the Smith International Professorship in Mechanical Engineering, presented three undergraduates when they came to him seeking a hands-on robotics project.

The students — mechanical engineering seniors Danielle Redmond and Olivia Vigano and junior Meghana Sagare — deliberated on ways to explore this challenge, finally landing on tie-dye as a fun example of how robots can support the garment industry, while emphasizing human creativity.

“There is so little being done with fabrics right now. It’s a need in the industry, especially in manufacturing widescale clothing production. What’s cool about this project is the human gets to design and the robot gets to execute,” Redmond said.

She added: “It cuts down on a repetitive task that a human would have to do over and over again every single day to mass produce tie-dye. So you’re taking a lot of time consuming aspects of the process and eliminating them, but still fostering the creativity of making something yourself.”

Meet Baxter, a Robot Made to Work Near Humans

Once the challenge was set, in came Baxter, an industrial robot created specifically for human-robot collaborations. Baxter’s arms are more flexible than typical industry robots and its joints have springs, meaning that its arms are more compliant and resistant to injuring its human counterparts. This allowed the team to experiment with a few different specifications without compromising Baxter’s performance.

To figure out how to create a tie-dye T-shirt using Baxter, the team first researched how a person tie-dyes a shirt in the first place. Watching numerous videos, the team decided on key milestones in the tie-dye process that it would have to hit using their robot.

“We would try to accomplish the step or task ourselves first and then ask, ‘How can a robot do this?’” Sagare said. “A lot of people used forks for the twisting of the shirt, which worked really well for us.”

“Once we found what worked, we could really refine the process,” Redmond said. “For example, 3-D printing parts that work better than what we have on hand.”

The team also needed to enable the robot to infuse fabric with dye. This was accomplished using tubes attached to the robot’s arms and the cups full of fabric dye. A motor was used for each cup, to help drive that specific color of liquid through the tube and onto the T-shirt.

Once all the hardware was optimized, the students had to create code to make sure the robot could calculate the correct waypoints — spots on the fabric — in order to add dye in the appropriate pattern.

To begin, Baxter uses a camera located on one of its arms to identify an initial red spot added to the middle of the shirt. This allows Baxter to center its workspace prior to dyeing.

At first, the students envisioned Baxter would create the same design over and over. But as their work progressed, they decided to allow for a more creative collaboration. One key feature the team created: a drawing mechanism so that users can design the tie-dyed graphic themselves.

The students specifically took on a project that would expose them to new arenas and challenge them. As such, they hit a few roadblocks — from troubleshooting hardware issues to learning how to program Baxter from scratch.

“I’m a mechanical engineer, and I didn’t have a lot of experience in coding prior to working on Baxter,” Sagare said. “I did the majority of the coding in Python, but I’ve never taken a class in Python before. At the same time, Baxter runs on the robot operating system (ROS), which was like gibberish to me when I first started.”

Meanwhile, Redmond said getting the fabric to twist properly was a formidable task. “We tried so many things,” she said.

Vigano added: “We tried to use Baxter’s original grippers at first, but they would get stuck to the shirt when it tried to pull its hand up. Nailing down a great design that worked when it tried to twist the shirt and having it release was really important.”

Ultimately, while Baxter is moving on to new research projects, the team is interested in continuing to explore a “human designs, robot creates” configuration.

Said Redmond: “Being able to design a special piece of art or clothing and have the robot create it and you don’t have to be there, works really well, especially in a COVID world. This project motivated me to pursue working in a creative industry. I like the mix of art and engineering.”

Vigano said this project opened her mind to the fact that she like working groups. “I’m motivated by working with people who have the same goals and want to work hard to get it done. I also think a project like this has the potential to excite a younger generation who like to tie dye. This can get them interested in robotics in general.”

She added, “To have a group of three women in engineering here is pretty cool.” 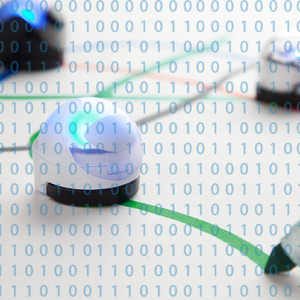 The 9 Greatest Robotic Toys for Children 2022