The following blog post, unless otherwise noted, was written by a member of Gamasutras community.
The thoughts and opinions expressed are those of the writer and not Gamasutra or its parent company.

5 main skills of a game designer

Documentation is the first and the primary job of a game designer. In GDDs you are going to write down specific detail about how to make your game.

It’s essential for a game designer to write the documents understandable and straightforward because they help you and your team understand your game better.

The purpose of these GDDs is to have the answer to everything; there should not be an undetailed subject in your docs.

Now I have to be honest with you no one will read your docs unless you tell them to do it. Make sure everyone in your team reads the docs to be updated with the changes in the game. Everyone will try to read the docs as fast as possible, so remember there is no need to use big words for a GDD. You are not writing a novel. You are writing a manual for how to make a game. Write simple, accurate, and detailed.

RND is one of the most critical and basic knowledge that a game designer should have; Research is the basic foundation of every work in the world; you can never move forward without using the knowledge of others; for example, An author spends three to twelve months of studying and researching to write a book, It is very important that you, as a game designer, know how to do your research and use it correctly and quickly.

Always have a list of sites that can help you do your research; if you ever saw a good article, save it somewhere; one day, you will need it.

Look for people who have made similar games, and if you can, contact them and ask them for advice,

look at failed games and find The reason for failure.

For designing even the smallest mechanics of your game, do an RND!

Stay away from reading useless content that might be good, but you have no use for them right now, save them for later.

Before designing or documenting anything, ask the production team for time to do RND.

Again, I’m asking you Please Do nothing without research and study because a mistake and a wrong choice can damage the game’s success.

Note that research and study for game designers should happen as quickly as possible.

Mathematics is an important principle from which many novice designers escape,

Game designers who have a good knowledge of mathematics are more proficient in designing systems and balancing different game parts. Game design is not just about producing and writing mechanics, But you should also develop the formulas and equations that make those mechanics work and present them to the programming team.

Many world-famous designers consider mathematics to be the main basis of game design and believe that it would not be possible to produce any game without it. All the rules you design for your game will work based on math.

The lack of math in the game means that Mario will be suspended while jumping in the air or that Angry Birds will all be thrown in a straight line.

In most cases, the math you learned in high school or university is enough to design a game. For example, I will write down a few chapters that are widely used in game design:

In all AAA companies, game designers are fluent in one programming language, and the reason is that sometimes a document won’t be enough for the Programming team to understand a mechanic, so a designer Create a prototype, that way everyone will see and understand the mechanic easyli.

Sometimes the programming team is busy with the engine and writing the core parts of the game; They may not have time to implement game mechanics until the end of the project, so designers must create the prototypes!

What you write and design in paper worth noting until it gets imported to the game engine because there is a huge difference between what you create on paper and what you see and feel in the game engine, so it will be very useful to know a programming language.

You do not need to learn these languages completely; learn enough to implement and test the mechanics in the simplest way.

Another thing that you will discover with your programming knowledge is finding mutual understanding with programmers; Once you have that same understanding, you will be careful with what you are designing.

Understanding the limitations of the project may not be everyone’s job, and creating restrictions will indeed lead to the gradual death of creativity. Still, understanding what is suitable for the project and what takes too much time is a topic that every game designer should understand.

Sometimes you design a game for a one-day Game jam, and sometimes for a game that takes three years to produce; understanding the time and designing based on it is very important.

Another limitation that game designers must consider is the team itself; get to know your team before designing, consider their strengths and weaknesses, and start creating and producing content based on that; in a team that has no 3D Artist, making a 3D game is pure nonsense, In a team that does not have a server programmer, producing an online game will be a costly mistake.

So it is essential to know your team well and consider them when you are designing.

This limitation may come in many forms; it can come from the programming team or even the publishers. Remember that you can’t have everything together, make a list of the game priorities and focus on them. Fighting with the limitations won’t help, you may change some of them, but there will always be some off-limit things to do. The only thing you can do as a game designer is to understand them and design your work around them. 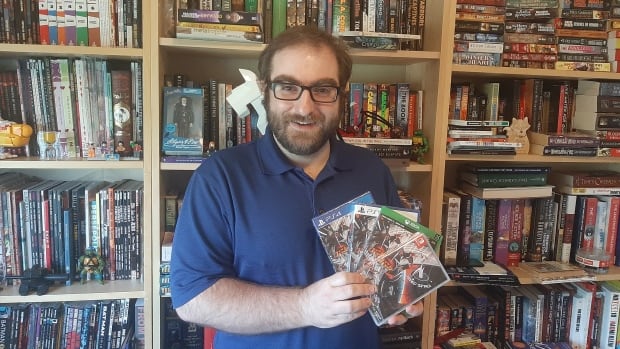 5 Games That Got Better After A Last-Minute Overhaul