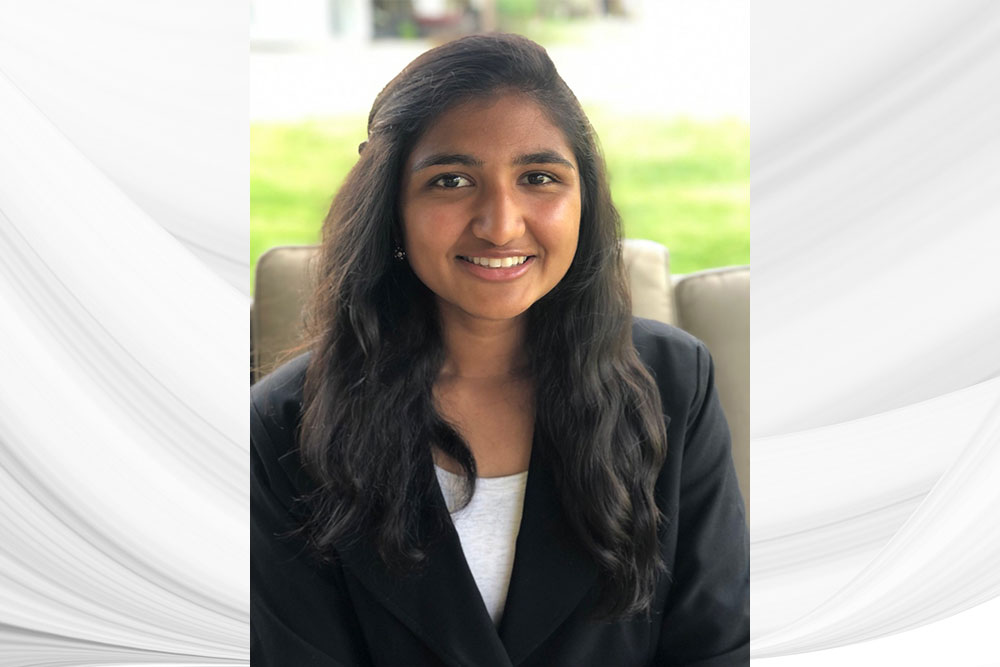 Forest Hills — This Eastern High School sophomore, a STEM standout and astronomy buff, developed a math survey this year to learn what areas her peers struggle with most. Programs to address what she found have already started.

How old were you when this became something you wanted to pursue, and what’s the story there? “My love for math started around fourth grade,” Shambhabi said. “I was one of the fastest kids in class to finish this online game called Extra Math, (and) that was when I really discovered my thrill of solving problems.” Enrolling in the after-school Kumon learning program “definitely took my math skills to the next level, and definitely influenced my high school career a lot.

Her bottom line where math is concerned: “Getting a problem and finding the answer is really satisfying. It makes me feel super-accomplished when I come up with a finite answer, like when other students finish a book or a drawing.”

As for her love of astronomy, that came out of a visit with her dad to Veen Observatory in Lowell Township when Shambhabi was in sixth grade. She still remembers “the little lights” that lined the uphill path they traveled after dusk, and getting to look through telescopes at Venus and Mars. “It was just amazing to me that we can see things that are so far away. There’s much more to astronomy than dots in the sky.”

A few related accomplishments: This year, her Science Olympiad team took a regional competition first-place award in astronomy — their project was on galaxy evolution — and third place in designer genes. “That’s more genetics and how DNA is replicated,” Shambhabi explained. She also was accepted to work under Michigan State University research professor Wolfgang Kerzendorf. Her task: “analyzing stellar data we got from telescopes. We were studying a supernova remnant called Cas A. We’ve been working on that for a few months. I feel like, right now, I’m just starting my journey in research.”

Eastern High Principal Amy Pallo is particularly effusive about Shambhabi’s math survey conducted this year. Its origins: in ninth grade, Shambhabi explained, her math teacher handed back a quiz she scored quite well on, but many of her classmates did not.

“That really bugged me, seeing other people struggle. I wanted (to create) a platform where people didn’t feel shy about saying where they struggled, and felt comfortable getting help.”

Pallo helped connect her with all Eastern High math teachers, who asked their students in February to take the survey Shambhabi created. Resources and online and in-person assistance — often from students who volunteered to help — is already underway.

Is there a teacher or teachers who have had a big impact on your involvement in this? Taking chemistry and AP biology and physics classes this year, thanks to her counselor, Mitchell Blink. “He let me take pre-calculus as a freshman; he believed in me and knew I could handle it.” Though she admits with a laugh, “He was a little skeptical at first.”

When it comes to influential math teachers, she said, “Honestly, all the ones I have had so far, but Mr. (Dan) Morley in particular believed in me as a freshman and helped me start a math club and let me take charge. He knew I was not only a good student academically, but I could be a responsible leader and get things done.”

The biggest lesson you have learned from your involvement in this is… The importance of looking at the bigger picture, but also (as in research), of studying individual responses and categorizing general trends.

“I also realized I have to persevere, and run through trial and error. The first proposal will never be perfect.” And finally: “self-motivation is key to doing anything, especially during a time like COVID. As the internet gets more integrated into society the possibilities get greater, but it also means distractions get greater too.”

Other hobbies/interests: Shambhabi plays flute in Eastern’s wind ensemble, and is a drum major and leader. She’s also a junior black belt in karate, and is on the varsity tennis team. “And I’m a big watcher of anime.”

Speaking of: If you walked into your school building to theme music, what would the song be? The theme music from the anime “Fairy Tail.” “It has sentimental value,” she said. “It was the first song I learned to play on the piano, and the first song I played at the talent show at my middle school.”