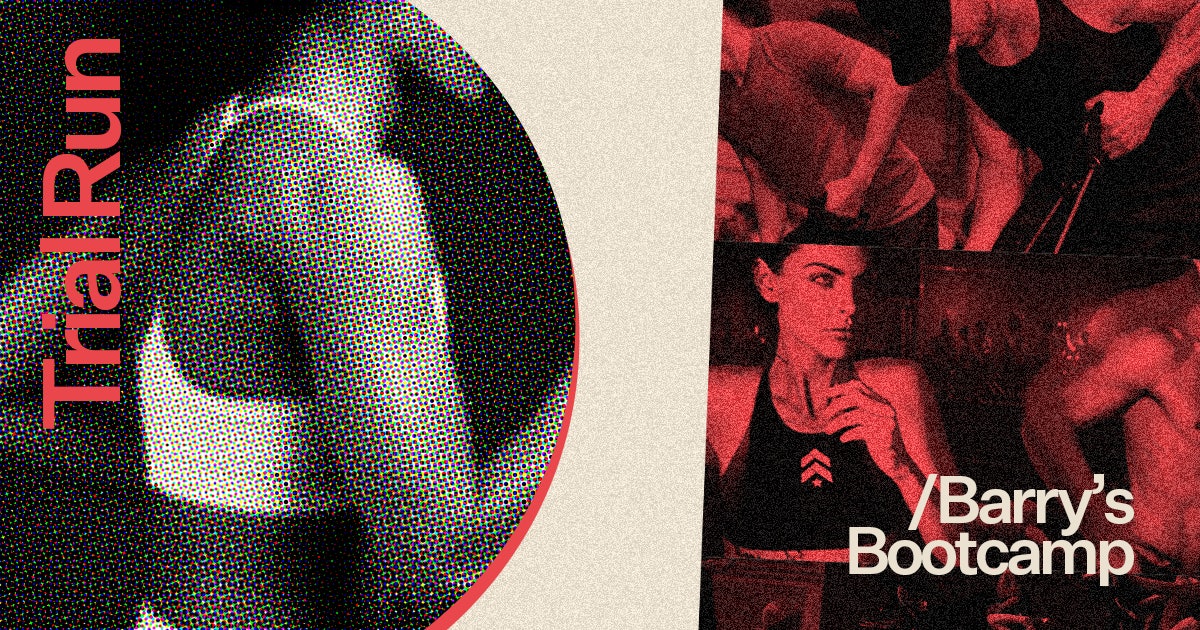 In Bustle’s Trial Run, an editor shares her unfiltered opinion as she sweats through the buzziest workouts, visits must-know fitness studios, and puts the latest exercise tools to the test. Here, an inside look at the famous “red room” of Barry’s.

I walk into a dark, mirror-walled room illuminated with red lights. “New Rules” by Dua Lipa is blasting so loud I can feel the bass vibrating inside my skull. I’m surrounded by a crowd of muscled people with their midriffs showing. I’m not in a nightclub. I’m at Barry’s.

If you’ve done any dabbling in the boutique fitness world, you’ve definitely heard of Barry’s. The studio (formerly known as Barry’s Bootcamp) markets itself as “the best workout in the world,” but, if you ask anyone who’s attended a class, its reputation is more like “one of the hardest workouts in the world.” (Or utter torture, depending on who you’re talking to.)

The 55-minute workout is a true boot camp, in every sense of the word. It’s a hybrid of high-intensity interval training (HIIT), running, and strength — which may sound like fitness modalities you regularly do at home, sure. But sweating through them all in the red room (that’s Barry’s lingo for the studio itself) is an entirely different experience than you’ll find elsewhere: You’re pushed to work at your max effort for the majority of the class, so you’re going to sprint really hard and fatigue your muscles with seriously demanding weighted exercises. There will be none of the gratuitous breaks and half-assery you might do in your home workouts.

Here’s what it’s like to take a Barry’s class, the factors that make it so famously challenging, and what I honestly think of the workout.

First of all, you have to book your assigned starting spot on the Barry’s website before stepping foot in the studio. You can either start on the floor (where you do strength work) or on a treadmill, but you’ll be switching between the two throughout the workout since it’s interval-based — so where you begin is just personal preference. For those who are rehabbing an injury or simply don’t want to run, you could also pick what’s called “double floor,” which means you do the strength intervals the entire time.

Class prices are on the higher end of the boutique fitness workout spectrum. In New York City, one class runs you $38. You can buy class packages of three, five, 10, 25, and 50 — note you won’t get a price break till you buy 5 (the cost is $185). That said, prices will vary depending on where in the country you’re located.

You can also take Barry’s classes at home, BTW — the studio recently launched Barry’s X, its digital platform that offers its signature strength and cardio-based workouts in both on-demand and live format. There are three different membership levels to choose from, starting at $105 for 12 classes a month.

When you arrive at the studio, you sign in with the chipper front desk employees who will remind you of your assigned spot. Then, the minute it’s time for the class to start, your instructor will throw open the doors to the red room and beckon you inside where the music is thumping. You’ll waltz in to find your spot in a scene that looks a little something like this: Treadmills are lining the walls (placed directly in front of the mirror) and benches (basically step platforms) are staggered in the middle of the floor space. Lining the other sides of the studio are weight racks filled with dozens upon dozens of hefty dumbbells (the lightest you can use is 5 lbs) along with resistance bands (mini ones and longer bands with handles) — aka the tools your instructor will pick from for your strength segments.

Things are pretty much taken from zero to 60 real quick from there.

When you’re on the tread, the instructor will call out specific speed ranges and intervals for you to hit. A fair warning: Oftentimes, the numbers they give will sound like some sort of a cruel joke. I consider myself an above-average runner, and even I don’t usually go as fast as I’m told to go in a Barry’s class. The “regular” run speed in the Barry’s world is a cool 7 miles per hour. That’s about an eight-and-a-half-minute mile, just to give you a reference. The “low” end of sprints (which you’ll be doing a lot of in class) can be anywhere from 8.5 to 12 miles per hour (usually it’s in the double digits, though). That’s all to say: Brace yourself.

Most of the time, the tread section is very HIIT-based — so you’ll run at certain speeds for, say, 90 seconds with 30-second sprints thrown in. This is helpful: Since you’re running at such intense speeds (and oftentimes steep inclines, too), at least you’re doing it in short bursts. Once in a while, an instructor will throw in some endurance runs — I’ve taken a class where we were told to run at a steady speed for the full 7-minute interval at that eight-and-a-half-minute mile pace. You never really know.

Also, a heads up: There’s no warm-up at Barry’s. The class’ intensity goes up fast — which is particularly disorienting if you start on a treadmill. You don’t have time to really ease into your run. Usually you’ll start with a minute or so of jogging, but — personally — my body needs more warm-up time for the Barry’s-level of grueling work. So, if you’re like me, spend as much time as you can stretching before walking into the studio.

You’d think the floor sections would be a nice reprieve from the strenuous activity you just survived on the treadmill. But sorry, this is Barry’s, and this workout means business — so the strength training is just as challenging.

Even if you are well-versed in basic calisthenics and handling heavy weights, the floor section of a Barry’s class still manages to test your strength. You won’t just do weighted squats; you’ll do weighted plank jumps into squats with an overhead press. There won’t be plain curtsy lunges; there will be curtsy lunges that require you to step onto your bench while holding heavy weights. The compound exercises are tough, and will leave your muscles shaking by the time you step back onto the tread.

There are some people that just love a rigorous workout that pushes them to (or even beyond) their limit. I’m in this camp: TBH, I’m kind of a masochist when it comes to fitness. And that’s part of the reason I love Barry’s so much — it’s extremely challenging and I leave the studio wobbly and completely soaked in sweat, but also feeling stronger than ever.

While it sounds like Barry’s is only for the advanced exercise devotee, that’s certainly not the case. Sure, it’s really, really hard if you follow the instructor’s directions to a T, but it’s not impossible. The studio truly welcomes all levels, and you can make it as intense or as manageable as you want. You have ultimate control over the dumbbells you use and the speed of your run, and you can take a breather or a water break whenever you want.

I’m also a fan because of the atmosphere it creates for your workout. Walking in to start the class feels like that scene in 8 Mile when Eminem steps onto the stage to sing “Lose Yourself.” The dark room with red lighting, pounding music, and fellow classmates sprinting and grunting right alongside me swirl together to get me into a zone where I push my body through impressive feats of strength. That’s not happening when I exercise in my living room.

If you’re in the mood to put in work, Barry’s will not let you down. Trust.

I Went to a Breakup Bootcamp and It Modified My Life 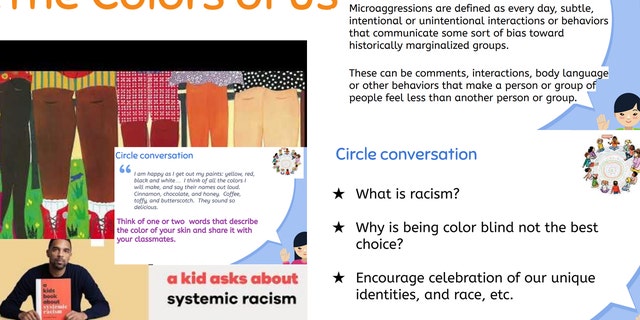 Cruise Planners is Back with 2021 Regional Bootcamp Series