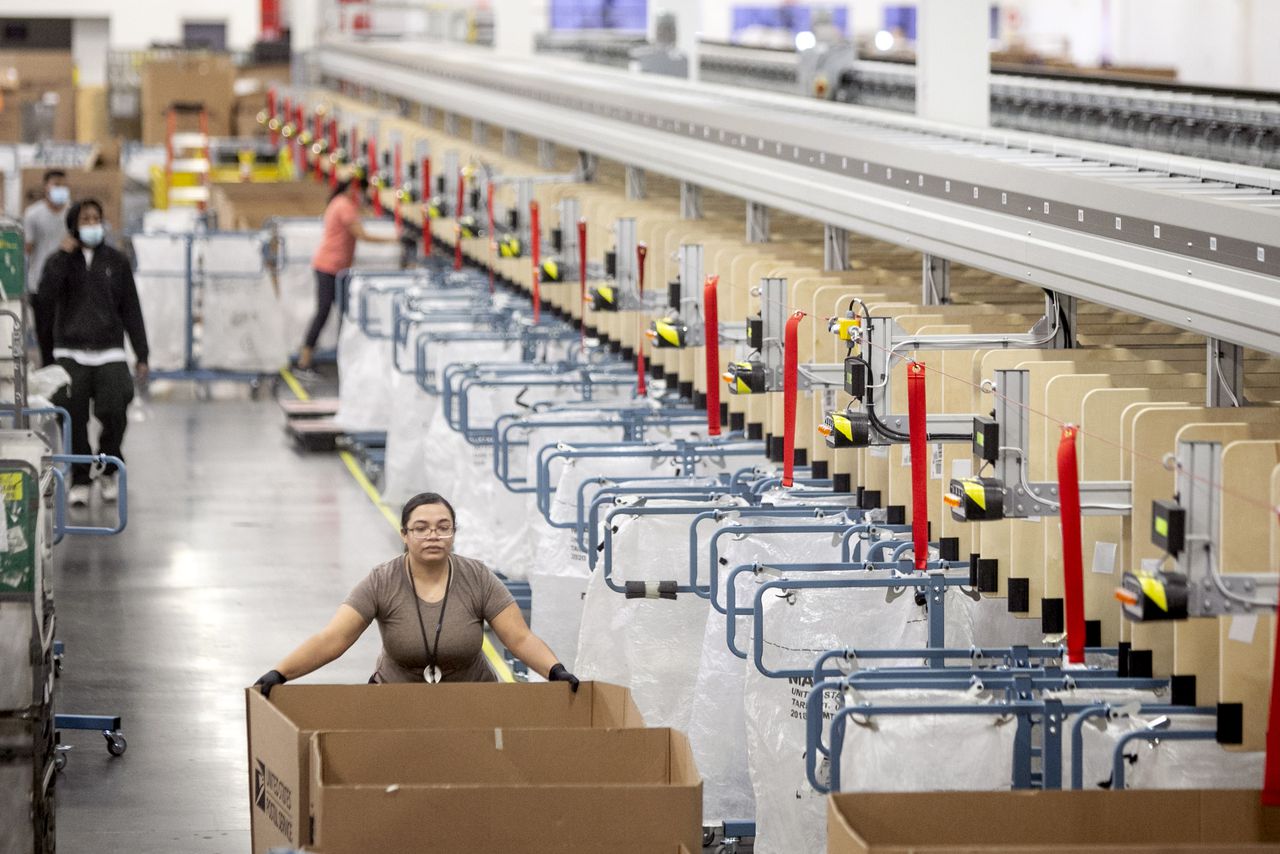 Admit it. As soon as you click “complete order” for that online purchase, you want that item delivered sooner than now.

How it gets there has become more complicated as shoppers shunned malls and bricks and mortar stores, especially during the coronavirus pandemic. Online sales are continuing to grow.

Total e-commerce retail sales across the country for the first quarter of 2021 were estimated at $1.5 trillion — an increase of 7.8 percent from the fourth quarter of 2020, according to the U.S. Census bureau. Lots of people are waiting for the delivery van to drop that bundle of joy on the porch or in the mailbox.

“We’re anticipating getting slammed this season,” she said.

How does the Postal Service expect to handle that tsunami of packages? With a new machine that’s designed to sort them faster.

The mechanical marvel is the 258-foot-long Small Parcel Sorting System, made by Retiina Robotics, that arrived at the Northern New Jersey Metro Processing and Distribution Center in Teterboro a month ago. It’s the first stop for packages in the journey from sender to recipient.

It is one of 118 new Small Parcel Sorting Systems deployed throughout the country — and the only one in New Jersey — in preparation for an onslaught of packages expected during this year’s Christmas holiday shopping season. The busy hub in Bergen County, which is 333,000 square feet, employs 415 people and is the first stop for mail being sent from 182 zip codes in New Jersey.

What it means to customers waiting for those deliveries is faster processing. Between 5,250 to 6,500 packages, weighing from .1 oz. to 20 pounds can be sorted by the system an hour, said Steve Laird, acting Teterboro plant manager. The industrial standard for sorting machines is 5,000 packages an hour, he said.

The new machine isn’t replacing the old machines, but is an addition that will allow the distribution center to handle a larger volume of mail, Laird said.

Previously, Teterboro was able to process 360,000 parcels in 20 hours. With the new package sorting machine, that number is expected to increase to 460,000 parcels per 20 hours, postal officials said.

“This creates jobs because of the (added) volume,” he said.

It also eliminates the laborious step of moving packages from one machine to another, which the older equipment requires.

The machine quietly scans, routes and slides packages into the appropriate container for its destination city and zip code with a papery slipping sound into an air shipment bag or a muffled thump, if it goes into a box.

There are 196 bins, 184 that are designated by city and zip code and separated for shipment by airplane or truck. Other bins are for packages flagged for further inspection or handling.

“This is the latest and greatest for small parcels,” said Terence Ford, maintenance manager at Teterboro. His job is to keep the equipment happy and running. “It’s an incredible machine.”

By comparison, the 25 to 30-year-old sorting machines across a wide passageway from the new system are a chorus of sound and vibration. Mechanical conveyors make a clickity-clack noise like a roller coaster. They also are 12% slower than the new system.

“You hear nothing,” Laird said about the new operation.

How does it sort your packages? It starts with square dumpster-sized boxes full of packages.

They’re tipped into one of four industrial-sized conveyors that move them up to key sorting stations where a clerk puts packages and envelopes with the bar code facing up on a smaller belt to a scanner. If there is a scanning problem with a package, the small conveyor stops and a screen indicates the problem.

“What does it say on the screen?” Laird said to a clerk after several similar-sized silver envelopes made it stop. “Check the flap.”

The clerk started folding the flaps down on all similar silver package envelopes and the system processed on.

“You figured it out, good job,” he said.

This is the second week the system has been running after being delivered and installed a month ago. August 10 was one the first times the day shift was running it, Laird said.

From there each package lands on an individual “cell” on a package mover that loops around the sorter. At the appropriate bag or box, the package slips through an opening in the middle of the cell and disappears into the bag or box waiting below.

Packages get three rides around the machine to get into the right bin, if not, they go to a reject bin for hand processing.

It’s not just about getting the right package in the right bag or box for its destination, but bags headed for the airport must be the correct weight or the airline sends them back to the postal facility, Ford said.

Unlike most automated machines, that eliminate employees, this one is a job creator because it adds package handling volume.

Roughly 100 more employees were added when the sorter was installed and more are being hired, Laird said.

A cost for the machine wasn’t available from the Postal Service, however, officials said it is part of a larger $40 billion investment in equipment, technology and employees over 10 years, Gibbs said.

Please subscribe now and support the local journalism YOU rely on and trust.

Larry Higgs may be reached at lhiggs@njadvancemedia.com. 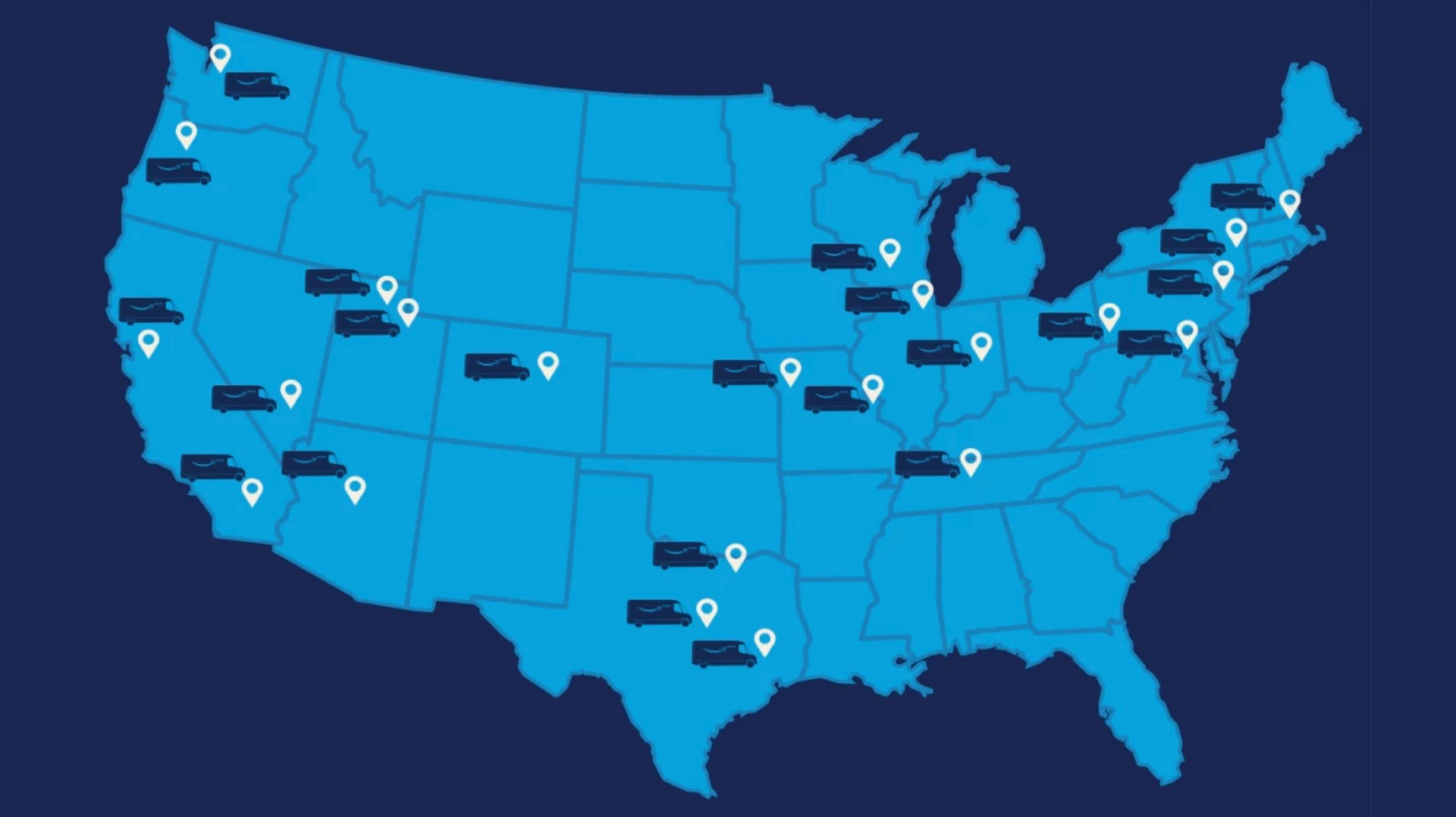