The recent announcement of sweeping new restrictions on China’s over $100 billion private tutoring industry has sent education stocks tumbling and investors reeling, led private tutoring schools to curtail expansion and lay off teachers, and left many families wondering how to obtain the extracurricular tutoring necessary for their children to succeed in China’s hyper-competitive, exam-driven educational system. Bloomberg offered an overview of the broad crackdown on an industry that has been criticized for being “severely hijacked by capital,” including a bullet-point summary of the new measures:

• Require private companies that teach compulsory school subjects to go non-profit.
• Ban them from going public or raising foreign capital.
• Ban all tutoring related to the core school syllabus during vacations and weekends — the prime hours for such companies.
• Forbid outright acquisitions.
• Banned foreign firms from acquiring or holding shares in school curriculum tutoring institutions, or using VIEs (variable interest entities) to do so.
• Those already in violation need to rectify the situation
• Forbid online tutoring and school-curriculum teaching for children under 6 years old.
• Ban teaching of foreign curriculums or hiring foreigners outside China to teach. [Source]

Although the regulatory changes were long rumored, their scale and severity dismayed many observers. A Shanghai-based private equity (PE) investor whose firm invests in online education apps for children commented that “Every company is going to take a hit with large layoffs coming. There is zero VC (venture capital) and PE investors can do at the moment. We are all waiting for death.” CDT Chinese editors quoted an anonymous industry employee’s lament on Weibo: “I just thought I was going to work. I never imagined I’d be joining up with a ‘criminal gang.’”

There has been much speculation about the underlying motives for these restrictive new policies, which emerged against a backdrop of increasingly assertive central government regulatory authority including a campaign to rein in tech companies; rising public concern about academic competition and inequality; and government attempts to encourage citizens to have more children.

A July 31 piece in The Economist linked new restrictions on the online-education business to the broader antitrust crackdown on tech giants such as Alibaba and Tencent:

[…] But in the months since then the scope of the regulatory crackdown has grown ever wider. China’s two internet giants, Alibaba and Tencent, are being worked over by the antitrust authorities. Earlier this month Didi Global, a ride-hailing service, was caught in the net just days after it listed in New York. And in the past week the education-technology industry has become a target. New regulations bar any company that teaches subjects on the school curriculum from listing abroad, having foreign investors or making profits. When it comes to teaching schoolchildren, no one should get rich. [Source]

James Palmer, writing for Foreign Policy, placed more emphasis on the social impetus and implications of the decision, as well as rising xenophobia:

It’s tempting to relate the regulations of private education to Beijing’s war on technology companies and monopolies—and regulators are certainly empowered by the government push against private business. But these new measures also reflect a widespread belief in China that the private tutoring sector has bad effects for urban upper-middle-class parents and children, both in costs for the parents and the psychological impact on children.

[…] The measures are also part of growing xenophobia in China. The Chinese Communist Party (CCP) spends a lot of time worrying about ideological education. Measures restricting the study of U.S. and world history, for example, were put in place years ago. As the CCP sees it, banning foreign curricula and foreign teachers could prevent the creeping influence of foreign ideas and discourage Chinese students from applying to overseas universities. [Source]

Commentator Chang Ping, writing for Deutsche Welle, framed the crackdown on both private schools and after-school tutoring companies as an attempt by the CCP to impose greater ideological control on the curriculum by monopolizing the educational system and reducing diversity within the educational sphere:

Social media summaries [of these new policies] have stressed the fact that students no longer need to take an English-language exam in the final year of primary school, and that “A Student Primer on Xi Jinping Thought on Socialism with Chinese Characteristics for a New Era” has become a required part of the curriculum. So which is it: is studying English putting too great a burden on students, or studying “Xi Jinping Thought”?

[…] In the absence of underlying concepts such as democracy and freedom, a system of “moral education” that purports to reduce the burden on students is groundless, a tree without roots. Beneath its pleasant guise, the government’s high-profile crackdown on off-campus tutoring institutions and private education is essentially a pretense to monopolize education and centralize brainwashing. If “Xi Jinping Thought” becomes a compulsory part of the school curriculum, then extracurricular English tutoring can be viewed as a kind of private-sector remedy. In these circumstances, cracking down on off-campus tutoring institutions and private education deprives people of their right to receive a diverse education. [Chinese]

Rising costs of living, a winner-takes-all college entrance system, and largely entrenched gender roles that place the burden on women to juggle work and family all play into Chinese millennials’ apathy toward having bigger families. In response to these multipronged factors, the government has recently turned its focus to the industries that it sees as adding to the pressures and expenses of raising children.

The education industry stands to lose the most from the government’s current approach, through impacts on personnel, direct restrictions on certain services, and potentially permanent limitations on consumption that could cripple the industry, especially foreign players.

[…] China’s after-school tutoring and extracurricular market is a large and growing sector, viewed by many as crucial to ensuring children’s long-term educational and career success. A study of China’s tutoring market estimates that the sector had more than doubled from 2011 to 2021, from RMB 203.2 billion to a projected RMB 564 billion by the end of the year. As of 2017, over 50 percent of middle and high school students enroll in after school tutoring, with 21.9 percent of elementary schoolers and 12.7 percent of kindergarten students enrolled.

In recent months, regulators have focused on means of restricting educational expenses, viewing them as key contributors to citizens’ hesitancy toward having more children. China’s after-school tutoring and extracurricular market is a large and growing sector, viewed as crucial to ensuring children’s long-term educational and career success. [Source]

Apart from the inevitable dislocations that this long list of new restrictions will bring, it remains to be seen whether they will achieve the desired policy goals or tamp down any of the economic and educational inequalities that contribute to public anger and social instability. Writing for Bloomberg, Adam Minter opined:

In late July, the Chinese government decreed that companies in the after-school tutoring industry could no longer make a profit, raise capital or go public. The goal was to reduce pressure on parents and children consumed by a fear of falling behind in China’s ultra-competitive education system. In time, officials hope, a more equitable system will encourage couples to have larger families and boost the country’s lagging population.

These are worthy goals. But the government has misdiagnosed the problem. “Cram schools” are a rational response to a system that lacks the resources to meet the needs of an ambitious middle class. A ban will in all likelihood force the private industry underground, where wealthy parents will have the means to hire tutors. That will leave middle-class parents, already anxious about the future, priced out of one of the few services that they think will boost their children’s chances of success. [Source]

The Guardian’s Helen Davidson quoted Dr. Liu Ye, a sociologist and senior lecturer in international development at King’s College London, who pointed out that the reforms do not address a state education system that remains deeply unequal and highly competitive:

The [private education] supply catered to the demand from urban families. […] Because of the one-child policy, urban families used education as an investment channel, to reproduce the privileges of cultural capital – good universities, studying abroad. They need the private tutoring [because] it’s so competitive. 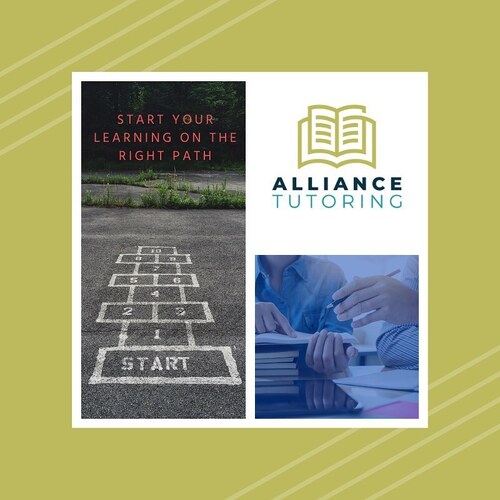