Last week, the Wake County school board approved a $3,500 teacher recruitment bonus to fill dozens of vacancies in the special-education program, which has some of the hardest to fill jobs in the district. Wake joins districts such as Durham Public Schools and Chapel Hill-Carrboro City Schools that approved new teacher bonuses to make sure that their most vulnerable students have teachers for the new school year.

“Special-education teachers serve a critical role in our classrooms serving the unique needs of students who often require specially designed instruction and support to help them be successful,” AJ Muttillo, the Wake County school system’s assistant superintendent for human resources, told the school board last week.

“With a 6.8% vacancy rate and needing to fill approximately 100 positions, we expect a $3,500 recruitment incentive will help us attract the quality candidates that we need to fill these positions.”

But the bonuses also create tensions because it means some current special-education teachers will make less money than less or equally experienced colleagues. Salaries for North Carolina public school teachers are primarily based on years of experience.

“I can’t support a bonus where there are going to be newly hired people, particularly first years, who are going to be making more than people who have worked with us for probably something like three to five years,” said school board member Jim Martin.

Martin was the lone Wake school board member who voted against the recruitment bonus.

Special-education teachers have the challenge of educating students who have learning disabilities and other special needs. In addition to their classroom time, these teachers spend hours both preparing for and attending Individual Education Program (IEP) meetings mandated under federal law for special-needs students, Muttillo noted.

“It’s not surprising that in the last few years the applicant pool for these positions has grown smaller and smaller,” Muttillo told the board.

Muttillo said a university that Wake County has come to rely on had only had one person graduate from its special-ed teacher training program in December.

The shortage is particularly large, at 11.6%, in Wake County’s regional special-education programs, which serve students with the most severe needs. School board member Karen Carter, who used to be an instructional assistant in a regional program, said it’s particularly critical to get those positions filled.

“We need to do what we can get to highly qualified teachers in these positions,” Carter said.

Wake is using a similar plan for other hard-to-fill positions, such as $1,200 signing bonuses for instructional assistants and bus drivers. Wake has seen an increase in the number of applicants for both positions since offering the bonuses, according to Muttillo.

Muttillo cited how Wake is facing competition from other districts that are offering bonuses.

Durham Public Schools is offering $3,500 signing bonuses for hard-to-fill teaching positions, including special-education jobs. Durham is requiring teachers to stay on in the district for three years to get the full bonus.

“As we continue to strive to fully highlight all that Durham has to offer for potential candidates across all of our positions, we also recognize there is great competition both inside and outside the educational ranks,” said Alvera Lesane, Durham’s assistant superintendent for human resources, in a news release. “Additionally, DPS along with our competitors are trying to secure additional talent to catch up on COVID losses.

“The recruitment bonuses will entice those who have perhaps been contemplating Durham as a destination to come join us to serve our students in various capacities.”

The Chapel Hill-Carrboro school system is offering $2,500 recruitment bonuses for hard-to-fill teaching positions, including in special education. School administrators said in documents that the district “has seen a growing trend of candidates having competing offers from other districts during the hiring process.”

But the bonuses create an issue of fairness by paying more money to a new hire who may have less experience than a current employee.

“Our current special education teachers, they’ve worked incredibly hard especially during the last year to meet the needs of students and they all deserve recognition for what they’ve done over the past six months,” Muttillo said. “And a lot of times when I come here and I ask for these bonuses, it really delivers a mixed message to our current employees.

“It’s not a message we like delivering. But it’s recognizing the urgent need and critical need and ever-changing conditions to ensure that we can adequately staff these positions.”

Wake school board members blamed part of the problem on the state not providing enough funding for education in general and salaries in particular.

“It might even look and feel like whack-a-mole,” said school board chairman Keith Sutton. “We’re just kind of putting a bonus and you know adding a bonus here. But it’s the convergence I think of a number of factors that stem everywhere.”

Sutton asked staff to report back on how much it would cost to make sure that special-ed teachers who are in their first couple of years don’t make less money than the newly hired educators.

Muttillo also promised that once they got the positions filled for the new school year that administrators would focus on helping with salaries of existing employees. One area, he said, might be raising salaries of all special-education teachers.

Carter, the board member, said Wake school employees need to get a detailed plan for raising salaries.

“Our staff deserve to know very specifically where we are headed,” Carter said. “I think that’s important and that’s a big step in showing appreciation and respect for everything they do for our students.” 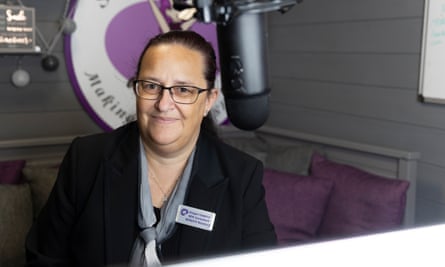